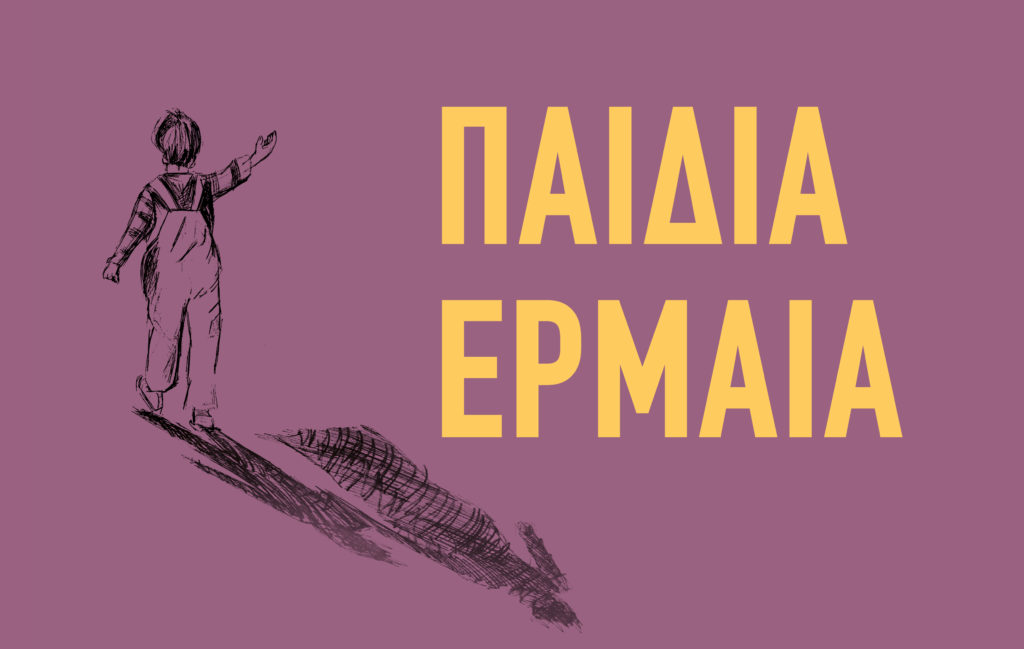 “He was living in the local municipality park for months, in the cold, in the rain, there was nothing I could do. All sorts of persons approached him in the park trying to lure him with money or a warm home, into selling himself. And one day, he did. It was raining, and he couldn’t hold on any longer. So, he went. He needed a roof. What could I honestly tell him since I had nothing to offer him to prevent this?”

(Account of a professional in a shelter for minors)

The comparative study “Children Cast Adrift: The Exclusion and Exploitation of Unaccompanied Minors in Greece, Spain and Italy” sheds light on the darkest part in managing the refugee issue to date: unaccompanied minors. On the occasion of the Universal Children’s Day, on Wednesday, November 20, at 11:30, the Greek leg of the research, with the signature of Elina Sarantou (HIAS Greece) and Aggeliki Theodoropoulou (Greek Council for Refugees), will be presented at the City of Athens Cultural Center (50 Akadimias str. – “Antonis Tritsis” Amphitheatre). Theoni Koufonikolakou, Greek Deputy Ombudswoman for children’s rights, Eva Leonidi, Child and Adolescent Psychiatrist at “Babel” Day Center, and Konstantinos Markidis, ARSIS S. Greece educational project Coordinator, will all take part in the discussion.

The study provides information regarding the protection of unaccompanied minors in the European South and offers a critical account of the policies and their implementation. The research relies on interviews with professionals working directly with UAM, as well as policy papers, regulations and legislation, and records testimonies on the effects of social exclusion and the partial and ineffective child protection systems on the life of minors.

According to the data published by national humanitarian organisations, in 2018 almost half of any refugee population were children, while in Greece they still make up one-third of the arrivals for 2019 as well. A significant part of those children consists of unaccompanied minors (UAMs), who arrive in countries of first entry without their parents or guardians. According the National Center for Social Solidarity, the estimated number of unaccompanied minors in Greece at this moment amounts to 4,962.

A year after the completion of the research, in the aftermath of the death of two minors in Moria and Greece’s third condemnation by the European Court of Human Rights for the violation of international obligations regarding unaccompanied minors’ rights, the situation seems to be deteriorating: Three out of four unaccompanied minors are still denied access to proper accommodation facilities, more than 200 remain in custody (the highest number in the last years), while one out of three lives in the streets or in completely unsafe conditions. However, even those accepted in accommodation facilities face a desolate reality, as the national capacity of accommodation points amounts to one-third of the necessary capacity to cover the real needs. At the same time, the integration of the refugee children, unaccompanied or not, in public education remains a dream for many of the children, in violation of European Convention on Human Rights.

The legal, administrative and financial gaps, the labyrinthine grid of competent authorities, the lacking training of the professionals in accommodation units as well as the prevalent treatment of the children as a “mass”, regardless of personal needs, consistently leads unaccompanied minors to isolation, marginalization, abuse and exploitation.

Successful integration is defined by a continuum of measures for the protection and the social integration of unaccompanied minors. However, all that this study mapped constitute a continuum of exclusion. During the presentation-discussion, the points of this exclusion will be highlighted one by one and concrete solutions will be proposed both on a European and a national level, especially in view of the new national plan on migration promoted by the government.

Every civilized society defends the rights of the child. Of every child.

The comparative study, as well as the reports for Greece, Spain and Italy, are available at: