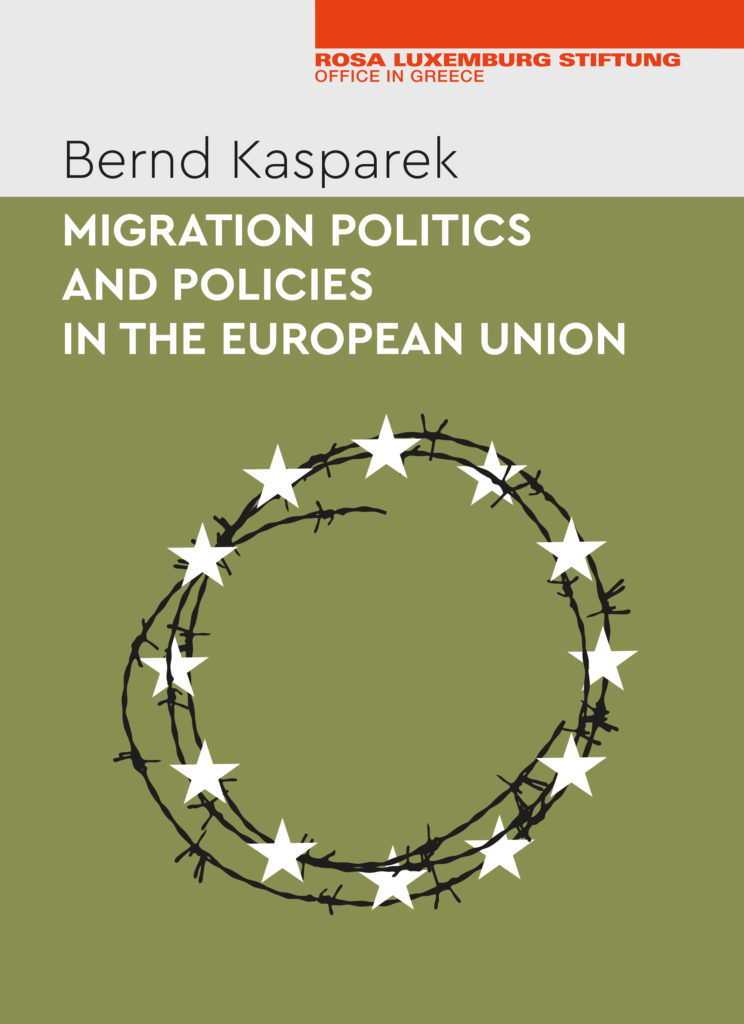 Migration politics and policies in the European Union

This study was commissioned to establish an overview of the history and present state of migration policies in the European Union. It coincides with a period in the EU where migration policy is at the core of the political conflicts that are determining the state and the development of the European project. The summer of migration – that is, the mass arrival of refugees and migrants in Greece starting in early summer 2015, and their subsequent onward movement towards Scandinavia initially and Germany that found its preliminary end in February 2016 with the closure of the so-called Balkan corridor – and the rifts within and obstacles to a common European migration policy that these migrations have revealed, are at the core of the post-Brexit debates concerning the future of the European project. While the European project was originally founded on the promise of peace and prosperity, the current proposals for a deepening of the EU concern themselves almost exclusively with a vague promise of providing security: both the proposal to establish closer supervision and registration of travellers across the EU external border as well as the proposed process towards a European army carry that promise. However, in a second analytical step, one can also argue that the summer of migration is inscribed deeply in both proposals. The escalation of the Syrian revolt against Assad into a full-blown civil war and military conflict was at the root of the 2015 migrations. While it is debatable what the EU’s role could have been vis-a-vis this conflict, the process towards a European army is clearly inspired by the observation that the region around the EU has become less stable, and is likely to remain so. Instability, however, is understood as a strong factor driving refugee migrations.

Similarly, the proposed traveller pre-registration program is a measure to offer a more fine-grained control over and knowledge of cross-border movements. While it is certainly inflected with a strong securitarian rationale, it also contains, as will be shown, the recurrent theme in European migration policies that the border is the designated measure with which to regain sovereign control over mobilities and migrations towards and inside Europe.

This publication, Iike all publications of the Rosa-Luxemburg-Stiftung, is free of charge. For free copies, please contact the Office in Greece.