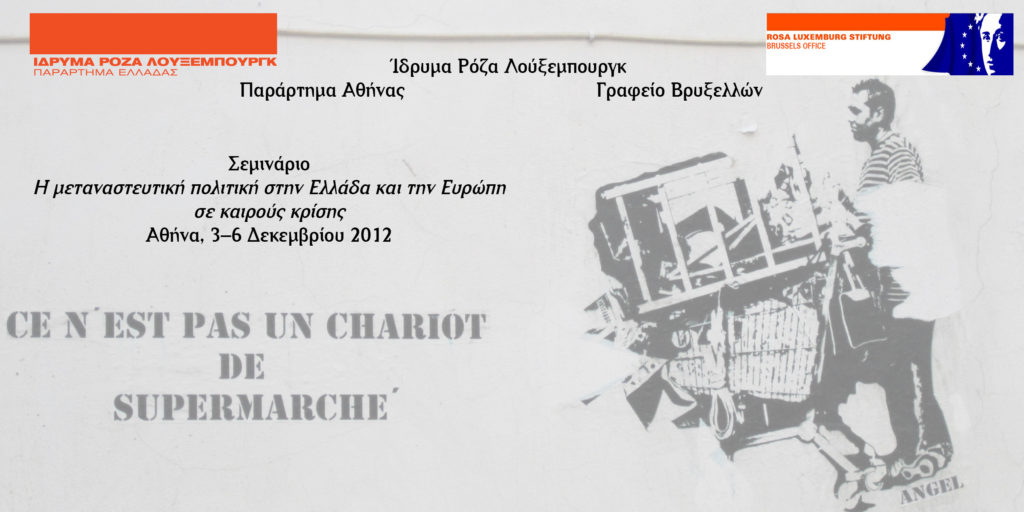 Because of the displacement of the escape routes in the Mediterranean, Greece is currently one of the most important transit countries for migrants and refugees bound for the EU. The number of immigrants and undocumented refugees in Greece is too big. This development is aggravated by the effects of the recession and the strict policy of austerity in Greece. Growing poverty and high unemployment led last year to a rapid increase in violence against migrants. The government intended to create up to 30 new detention centers, while the police conducted illegal immigrants repeatedly arrest operations. Only within the operation “Xenios Zeus” by early August, police arrested 3.000 migrants and refugees without papers. Behind this dramatic development are EU decisions and the larger Member States, led by Germany: Just like this time Brussels decide on the economic viability of Greece, the development of Greek immigration policy ultimately depends on whether This field intensities of European, Greek and German immigration policy is at the heart of the debate on the ‘European and Greek immigration policy in times of crisis. ” The purpose of the seminar is to give German and Greek representatives of civil society, politicians and journalists, the opportunity to exchange knowledge about the current situation of immigrants in Greece and fall under the European reaction against immigration. Furthermore, the seminar would serve the networking of Greek and German activists and will allow exchange of views on the question of how can be mobilized at national and European level in favor of a different immigration policy.