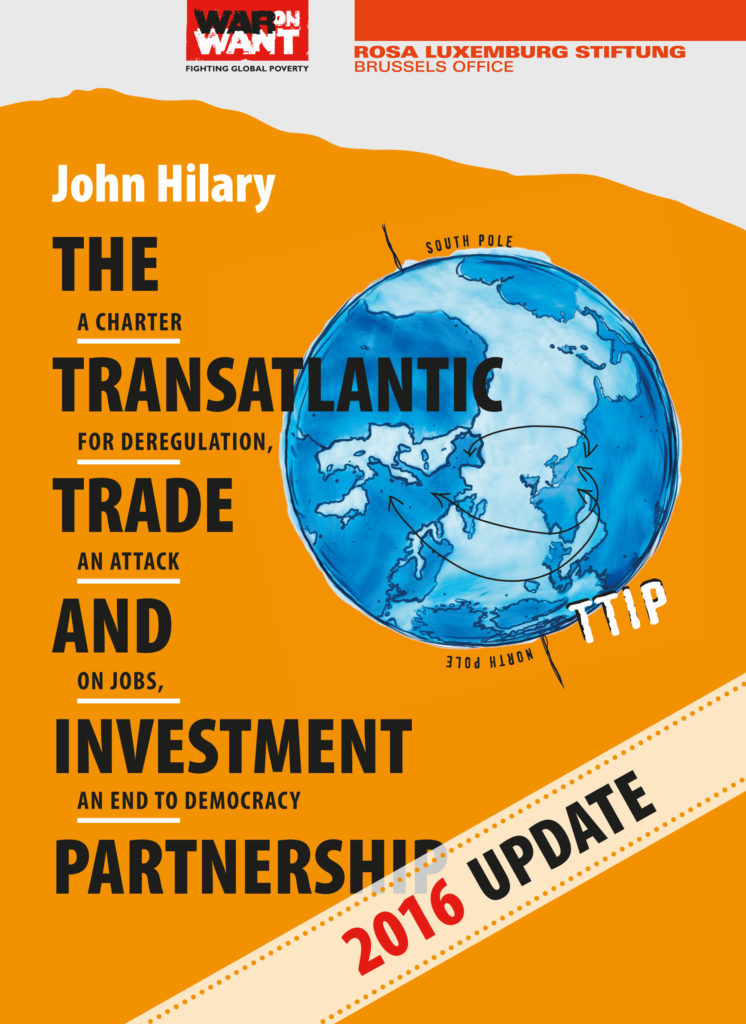 When the first edition of this booklet was published in spring 2014, few people could have predicted that TTIP would soon become one of the hottest political topics in Europe. TTIP has become a key political issue in many countries, with growing media interest feeding off public fear at the substantial dangers that the agreement will bring. That is why we updated our publication on TTIP by John Hilary.

The concerns detailed in the first edition of our booklet remain as valid today as when it was first published, given that the central design of TTIP itself remains unchanged. For this reason, the original text is reproduced in this updated version exactly as before. Yet there have also been political developments over the past year which add to our understanding of the full meaning of TTIP and its likely impacts on society and the environment. The new preface outlines those developments, with references to primary sources, so that readers will have the full range of materials available in assessing the threat that TTIP represents.

This update is currently available in the following languages:

The first edition in available in many languages.