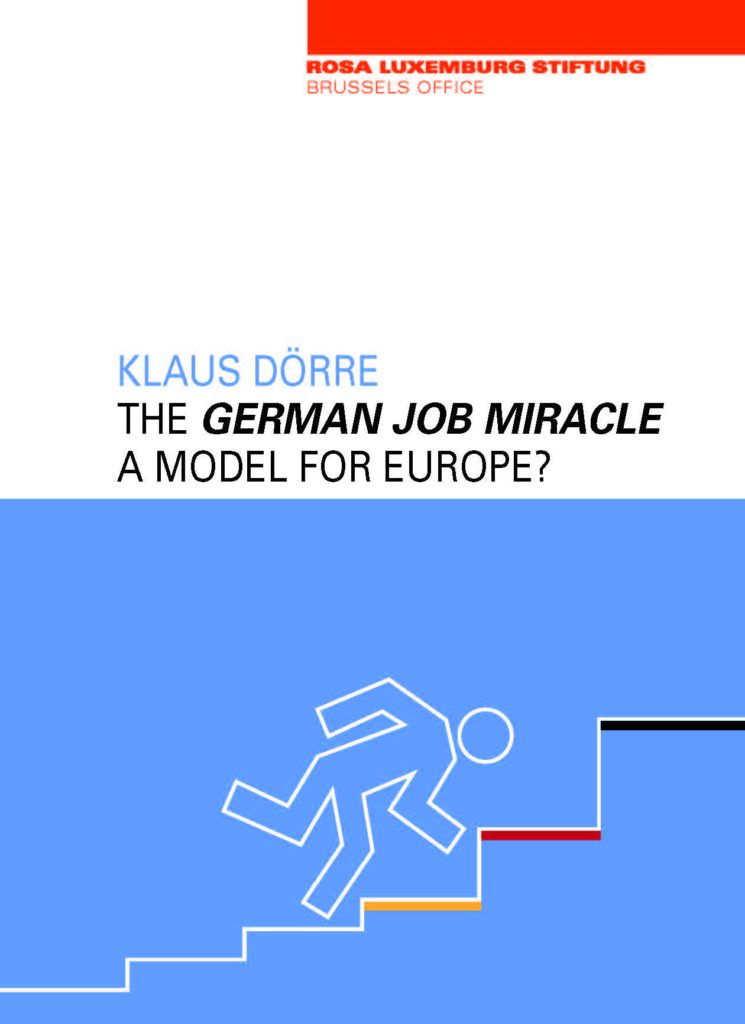 Since the 2008-2009 global financial and economic crisis, the division within the European Union and the eurozone has deepened. Crisis-hit countries such as Greece and Spain have experienced five years of economic contraction, unemployment rates continue in some cases to top the 25% mark, and the majority of their populations are living on the brink.

This situation stands in stark contrast with those countries which – for now at least – have emerged as winners from the crisis. Germany in particular is seen as a model pupil. But is the “German job miracle” really a suitable model for the rest of Europe? Klaus Dörre has his doubts.

Based on his own research, he takes a critical look behind the appealing facade of the “German model”. He describes a society of full but precarious employment, in which people in insecure jobs and the socially excluded pay the price for an export model that is exacerbating inequalities in Europe and so destroying the foundations of its own success.