Skip to content
Home / Crisis, migration and labour in Greece 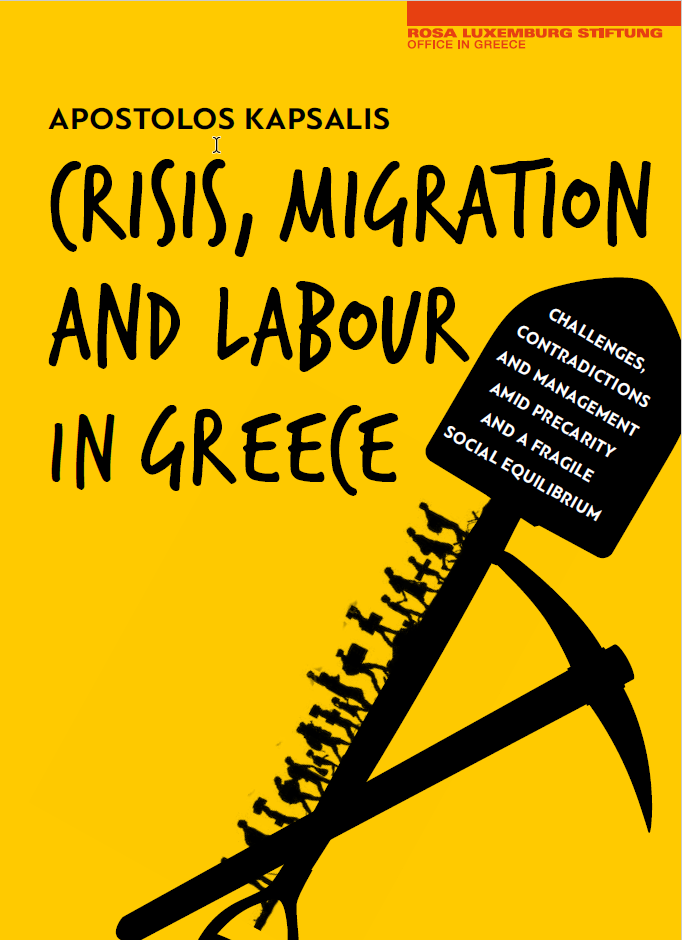 Crisis, migration and labour in Greece

Greece has been the subject of global interest for the last decade.
Reports on the country often appear on the front pages of renowned
daily newspapers, both inside and outside Europe, or feature in
the news headlines on television and radio. These reports may
concern the economic and humanitarian crisis of the country as a
consequence of the global economic recession or the so-called
refugee crisis and the mass inflow of foreign citizens mainly to the
country’s islands.
A small country has become known around the world for its accumulated
problems as well as its defiance and contradictions. In
late 2018, googling the term “economic crisis Greece” would produce
more than 15 million hits within seconds while a search on
the “migration” or “refugee crisis” in the country sum yielded almost
four million results.
However, a basic triple question needs to be answered (Chapter
1): First, are the massive inflows that have taken place mainly
through the country’s sea borders in the last four years solely of a
refugee nature? Second, are the intensity and character of such
inflows capable of forming conditions of crisis at the social and
economic levels? And, third, what is the connection of such phenomena
to the general economic crisis that has been raging in
Greece for a decade?
At the same time, it is crucially important to investigate the mobility
trends and the forms they have acquired over time and space
in the Greek case. Avoiding the methodological error of a static or
photographic depiction of cross-border movements, an evolutionary
examination of migration flows in the long term is doubly
beneficial: On the one hand, it contradicts widespread myths regarding
the fate of migrating populations in periods of crisis and,
on the other, facilitates the preparation of the country in view of
future, if not imminent, international challenges (Chapter 2).

It is true that the defenders of migrant rights in Greece have always
linked their claims to statistical data and the qualitative characteristics
of the employment of the foreign labour force. The findings
of official and independent academic studies on the subject
refute almost all the arguments of so-called “economic racism”, on
which the attempts of xenophobic and nationalist political groups
to secure a social footing are based. The examination of both the
characteristics of employment and the impact of migrants’ work
before and during the economic crisis is vital in order to fully comprehend
the migration phenomenon in its totality (Chapter 3).
Finally, an in-depth examination is undertaken in Chapter 4 on
the essence of national policies for migration and migrant employment,
based on the conclusions drawn in the previous chapters.
As particular and rather unique the migration history in Greece
may be, the efforts of the competent authorities to regulate the
phenomenon may not be as genuine as they may seem as they do
not always reflect the particularities of the situation. Over the
years, rather, the Greek migration management model has complied
with the spirit of general social policy making and has, in fact,
been based on multiple forms of discriminatory treatment. Nevertheless,
it is for those reasons that the specific model remains vulnerable
to adverse or unexpected financial and political developments,
as happened precisely at the end of the 2000s with the
emergence and impact of the recession and crisis.